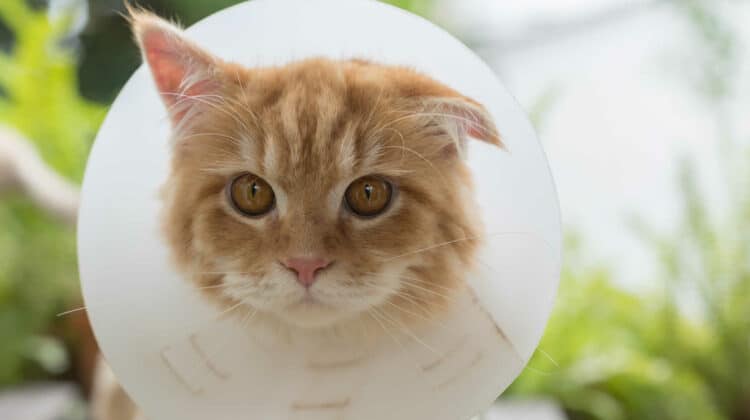 For quite a while, it’s been typical for cats to be neutered when they are six months old. Although this works well, it’s been argued that this age should be lowered to minimize the number of unwanted pregnancies each year. I’ve dealt with unwanted pregnancies in the past, but I managed to find homes for all the kittens I unexpectedly found myself with.

Unfortunately, this isn’t always the case. I know many people that have given kittens to shelters because they couldn’t find an owner. Maybe you’ve even experienced this yourself. Cat charities argue that felines should be neutered at a younger age to try and combat this issue, but there are some concerns about performing surgery at too young an age and causing long-term health issues.

So, what happens if you neuter a cat too early? What are the different risks and benefits involved with such a procedure? And is this something you should do to your cat? I’m going to try and put these concerns to rest so you can make the best choice for your kitty.

What is Neutering in Cats?

Neutering is a surgical procedure in which your cat’s reproductive organs are removed. Although the thought of your feline friend having surgery may be scary, neutering is a standard procedure with a quick recovery time and many benefits for you and your kitty. All my cats have been neutered, and I’ve never had to deal with any adverse effects.

The neutering procedure is different for male cats vs. female cats, as different reproductive organs are removed. In males, the testicles are removed through a process known as castration. For females, the procedure is known as spaying. There are two options for spaying: (1) removal of the ovaries (the most common method) or (2) removing the uterus but leaving one or both ovaries intact.

During castration and spaying surgery, your feline will be put under anesthesia, and a small incision will be made to remove the desired organ. This incision will be stitched closed, and your cat should return home the same day.

Why is it Important for Cats to be Neutered?

There are many benefits of neutering cats. Primarily, the surgery prevents cats from fathering or carrying an unexpected litter of kittens, thus reducing the number of felines needing a loving home. This is incredibly important as up to 70% of litters are unplanned. Unfortunately, the number of spaces in shelters is also limited, so many cats become strays and suffer.

Aside from unwanted pregnancies, having your furry friend neutered has many benefits. Some of the advantages of the operation are listed below:

What is Early Neutering in Cats?

Now that we’ve covered what neutering is, it begs the question: What is classed as early neutering? The earliest age at which a cat should be neutered is heavily debated, but the general practice is that the surgery can go ahead from 22 weeks of age. And even then, roughly 35% of people who haven’t had their cat neutered say it’s because they are too young.

However, as I’ve mentioned, many people are starting to advocate for kittens to be neutered at an even earlier age. Nearly 30% of vets have already begun advising cat moms to neuter their felines from as young as 12-16 weeks. There are two main reasons behind this argument: (1) Studies show that many cat owners forget to neuter their felines once the novelty of having a new pet has worn off; or (2) They put off the surgery because they don’t know the importance of the procedure.

Being able to have the procedure done earlier should therefore bump up the number of cat moms that arrange for the surgery to happen. It also means shelters can do neutering before the kittens are adopted so that it is entirely out of the owner’s hands.

What are the Concerns of Early Neutering?

At this point, you may be wondering why the recommended age for neutering in cats was set at 22 weeks when the procedure has so many potential benefits. The problem is that people are worried about the added risk of having surgery performed when a cat is so young.

And rightly so! No one wants their furry friend to suffer because of the choices we make as owners. The same is true for professionals; there are various reasons why vets are so reluctant to recommend early neutering, but the main concern is the increased risk of complications due to the surgery.

However, many studies have been carried out in more recent years to try and put these concerns to rest, and the results show no adverse effects in the vast majority of kittens. Below I go through some of the most common concerns surrounding early neutering so that you’ll have a greater idea of whether they are a widespread misconception or a genuine risk your kitty may face.

When a cat undergoes anesthesia, there is a risk of hypothermia and hypoglycemia (low blood sugar level). This can extend your kitty’s recovery period and, in worst-case scenarios, be potentially life-threatening. This risk is thought to increase when a kitten is less than six months old.

While there will always be a risk of these complications when your kitty is anesthetized, anesthetics are safe for kittens as young as six weeks. In fact, research shows no difference in the risk of significant complications occurring between cats aged under 12 weeks, 12-23 weeks, or over 24 weeks old.

Vets are also fully aware of these risks and will put measures in place to minimize the chances of them happening to your feline. These include using heaters, limiting the amount of hair removal, and only requiring your kitty to fast up to 2 hours before the procedure. Also, don’t worry if you notice your cat sleeping more than usual; this is entirely normal after anesthesia.

Before your cat reaches maturity, their bones will have sections called growth plates that allow their bones to grow as they age. When they reach roughly 12 months of age, these growth plates fuse, and your kitty reaches its maximum size.

It is thought that early neutering will impact this process, leading to stunted growth and development. And early neutering does affect this process, but funnily enough, it occurs in the opposite way: the earlier your feline is neutered, the longer it takes for their growth plates to fuse. This means your cat may be taller as a result!

However, it isn’t all good news. Some research suggests that this delay can cause growth plate fractures, affecting your cat’s growth. These fractures can be fixed with another surgery allowing your cat’s growth to continue. However, some researchers argue obesity is a more likely cause, so it isn’t a given that this will happen to your furry friend. More research is needed for conclusive results.

Another concern regarding early neutering in cats is that your feline will become predisposed to urinary blockages. It is thought that having the procedure too early caused the urethra to decrease in diameter, making it easier for obstructions to form.

Urinary blockages can lead to various complications that can be life-threatening to your furry friend, so it makes sense to be wary of anything that could increase your cat’s risk of experiencing this issue. But good news, it has been found that these concerns are entirely baseless!

Long- and short-term studies have shown no differences in urethra diameter or incidences of urinary blockages between traditionally neutered cats and early neutered ones. Early neutering may limit the number of urine issues you face, as it reduces the chances of your cat peeing everywhere all of a sudden (also known as spraying) by 95%! That sounds like a win to me.

The chance of your kitty becoming obese increases three times when they are neutered as their metabolic rate decreases. Along with this, they are less likely to roam outside and, therefore, live a less active life. Together, this dramatically increases your cat’s chance of gaining weight.

Thankfully, this side effect is fully controllable, so you can significantly reduce your kitty’s risk of obesity and diabetes. Just make sure to monitor your feline’s weight and alter their diet if needed to limit the amount of weight they put on. I recommend encouraging more activity in your cat by using toys or cat trees.

The concern here is that early neutering further increases the risk of your cat becoming obese and diabetic. However, there doesn’t seem to be any connection between the age a cat is neutered and its weight later in life. As long as you keep an eye on your feline’s weight, there should be no reason why neutering would lead to any unwanted obesity issues.

Finally, we come to the last concern people have about early neutering: behavioral issues. Some believe that cats who were neutered at a younger age will be shyer and have more socialization problems than cats who undergo surgery after they become 22 weeks old.

Long-term studies looking at felines up to 11 years old have found no evidence of increased risk of these behavioral problems. Nearly all research actually agrees that early neutering positively affects a cat’s behavior.

Have you recently thought, “Why is my cat so aggressive all of a sudden?” Or maybe you’ve had to tell people, “My cat attacks me unprovoked” to explain some recent scratches. Unfortunately, this kind of aggressive behavior is common in cats, especially males, but it is also one of the many negative behaviors that early neutering can help with!

Spraying is also likely to reduce; male cats rub their faces on things to mark their territory after neutering instead. Female cat behavior after spaying will also change this way, and they are also likely to be less vocal as they will no longer be looking for a mate.

What are the Benefits of Early Neutering?

Now that I’ve (hopefully) put your mind to rest about some of the concerns surrounding early neutering, let’s look at some of the benefits:

Of course, a young unplanned pregnancy isn’t the end of the world! If you’re thinking, “Why is my cat so affectionate all of a sudden?” and you believe your kitty may be pregnant, begin searching for loving homes for the new arrivals. Some other pre-labor signs in cats to watch out for include nesting behaviors and a reduced appetite.

And remember, neutering is still an option for cats that have birthed litters. You can have your cat neutered 5-6 weeks after they give birth to prevent them from having another.

So, what happens if you neuter a cat too early? Most research suggests having your kitty neutered as early as six weeks old has only benefits. However, in the end, the decision of whether your cat is too young or not comes down to your vet and their preferences.

If you do decide to get your kitty neutered, there are some things you can do to make their recovery more comfortable. Calming collars work for cats who seem distressed after surgery. Take note if your cat is hiding and acting weird or if your cat kept meowing and rubbing against everything once home. Investing in larger litter boxes could also benefit your cat while they’re still regaining full mobility.

If you’re reading this article, you may also wonder, “When is it too late to neuter a cat?”. Thankfully, cats can be neutered at any age! It’s never too late! But, in general, the earlier the surgery is performed, the better.