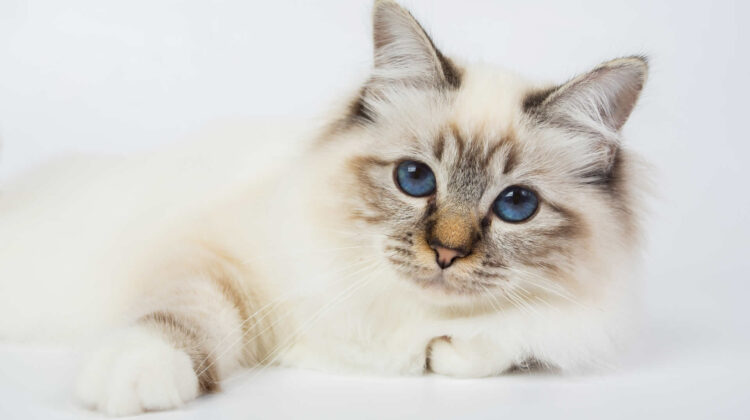 Cats are adorable creatures and I never fail to be amazed by their strange behaviors. Sometimes I see my cat sitting like a human, other times I see my cat running around like a maniac. He is always doing something strange to keep me entertained. But have you ever seen your cat do a bunny kick?

A cat bunny kick is a phrase used to describe when a cat kicks its hind legs. Now, the phrase might sound cute, but anyone that has been kicked by their cat’s back legs will know this isn’t the case. It is a violent move that cats in the wild use on their prey and has the potential to be very dangerous.

In this article, I talk more about why cats bunny kick and where this behavior stems from. I also look at why your cat would kick you with its back legs and what you can do to discourage this behavior. Ready to discover it all? Let’s jump (or should I say bunny hop) right in!

What is a “Cat Bunny Kick”?

First thing’s first, I want to properly define the phrase “cat bunny kick”. Some pet parents might not be familiar with this behavior. Other of you might have seen your cat doing this, but didn’t know the correct phrase for it. So, what is a cat bunny kick?

Bunny kicking is where cats roll onto their sides or backs and hold onto an object with their front paws. This object is often a toy but could also be your arm or another cat. It will then put its back legs behind this object and begin kicking it. Cats have a lot of power in their back legs which allows them to jump and climb. So, cat bunny kicks can get pretty aggressive.

Why Do Cats Bunny Kick?

All feline behaviors stem from serving some purpose in the wild, usually linked with survival. Therefore, these behaviors have then been passed down through years of evolution and natural selection to our domestic cats.

For example, cats arch their backs when scared as it makes them look bigger and more intimidating to other animals. This makes it more likely the threat will back off so the cat survives. Similarly, the cat loaf position can help warm up your cat’s cold paws or protect injured paws from the elements.

Cats can be stealthy predators. In fact, I bet your cat has brought in little “gifts” for you from the garden before. I remember once, my cat brought in a huge squirrel – my cat is only tiny so I couldn’t believe my eyes! But point proven, cats are incredible hunters.

Everything about their bodies facilitates this need to hunt. Cats have sharp claws to latch onto their prey, they can land on their feet from nine times their height and can squeeze into tiny spaces to spy on prey. They are perfectly evolved hunters.

Every time a cat hunts its prey, they go through the same basic steps:

It is within the “toying” stage that cats use the bunny kick. They will hold their prey between their front paws and start kicking at it aggressively. Although an aggressive move, the cat won’t necessarily be trying to kill its prey. As just mentioned, this is their way of disorientating and confusing their prey so that they become easier to kill successfully and without your cat getting injured in the process.

In the wild, cats are ferocious hunters. However, they are also the prey of larger animals. Examples of predators include coyotes, birds of prey, raccoons, and dogs. Cats need to protect themselves from being attacked by these larger animals so that they can survive.

Yet cats are pretty defenseless creatures, more focused on attacking than protecting themselves. The only real tool cats have to protect themselves from predators is their claws. This explains why most cats will hide when they are scared rather than immediately getting aggressive. Through evolution, cats have learned that avoiding conflict is better for their survival.

Despite their best efforts, cats do still get attacked by predators. And one of the most vulnerable positions they can be attacked in is when they’re lying on their backs. When on their backs, cats are extremely vulnerable. Their tummy and all its internal organs are exposed and can easily be damaged by a predator.

This is where bunny kicking comes in handy again. As a form of self-protection, cats will grab onto the attacker with their front paws and kick them hard with their back legs. They are trying to get the threat off of them and hurt them. In these cases, bunny kicking is very aggressive.

Why Does My Cat Kick Me With His Back Legs?

In the wild, the cat bunny kick is important for hunting and self-defense. Both of these are directly related to survival. But why does my cat kick me with his back legs? This too can have a dual meaning. Either your cat is being playful, or they are being aggressive.

As I just discussed, cats use the bunny kick on their prey to play with them before going in for the kill. This explains why you’ll often see cats stomping their back legs on their toys. Cats play with toys in the same way that they play with prey, so the motions are nearly identical. They’ll stalk, chase, pounce, bat, and bunny kick their toys exactly as they would a mouse.

If your cat kicks you with his back legs, he could be trying to play with you. He will wrap his front legs around your arm and “play” by thumping his back legs. This might be painful, but your cat isn’t trying to hurt you. Unfortunately, cats do just play aggressively.

There is also a chance that your cat is kicking you as a form of aggression. This could happen if you try to touch them in a place they don’t like. Them kicking back legs is an aggressive move in which they are trying to get you away from them and push you off.

All cats have their own tolerance for being petted. However, most cats hate their bellies being rubbed. Next time you see cats flop down in front of you, think twice before tickling their tummy! It is more likely this cat wants your attention than a belly rub. Petting them in the wrong spot could result in a strong, powerful, and potentially painful cat bunny kick.

Remember that your cat isn’t trying to hurt you here. Their instinctive reaction is to protect themselves. You’ve essentially awoken a primal instinct that, in the wild, is there to protect them from dangerous attackers.

Is My Cat Being Playful or Aggressive?

Struggling to work out whether your cat is being playful or aggressive when they kick you? Pay attention to your cat’s body language and it will reveal all. Indeed, it is pretty easy to tell the difference once you know what signs to look for.

When your cat is being playful, their overall body language will be alert yet relaxed. Their ears will be upright and their tails will be too. They might start running around, and some cats chase their tail when they have got a lot of pent-up energy that they need to expel. Others will even run and fetch a toy that they want to play with together.

On the other hand, aggressive cats thump their tails when lying down. The angrier and faster they thrash their tails, the more agitated they are. Their ears will be flat against their heads and their eyes wide. You’ll also notice an overall body tenseness, and potentially an arched back with fur standing on end.

Other signs of aggression that you can’t mistake include:

Although play and aggression look very different, play can quickly turn aggressive if you’re not careful. In fact, aggressive play is common in kittens that haven’t been taught how to play properly. Although things might start innocently, they can soon be taken to the next level! Watch for flattened ears and dilated pupils during play. This is a sign things are going too far.

Should I Let My Cat Bunny Kick Me?

Bunny kicking is a natural behavior, so you should never try to remove this instinctual desire. That would be like asking a cat to stop scratching their cat tree or climbing to high perches – it is written in their DNA and we cannot expect them to stop this innate need.

However, allowing your cat to bunny kick you is a different story altogether. Even if your cat is playfully stomping its back legs, it is a good idea to put this behavior to a stop. It’s not just me that’s saying this – cat behavioral specialists also strongly recommend that you discourage your cat from bunny kicking people and other animals.

Why should this behavior be discouraged? Firstly, bunny kicking was originally used in hunting and as self-defense from a predator. Allowing this behavior to happen in the home can cause increased aggression. Your cat might direct this aggression to you, other family members, guests, or other pets. It can make your relationship tense and your cat difficult to live with.

Secondly, a cat bunny kick can be painful to experience. Cats can get some real power behind their back legs and kick extremely hard. That’s not to mention their sharp claws that can scratch your skin, and perhaps even draw blood.

To avoid any potential injury and aggression, it is best to not let your cat bunny kick you or other people and animals in your home. İnstead, redirect their behavior towards toys so they can carry out this behavior in a safe way.

How Can I Stop A Cat Bunny Kicking Me?

The best way to stop cats from thumping their back legs depends on their reason for doing it. If the use of a bunny kick is because you’ve rubbed their belly, simply stop doing this. Although you might be being nice and innocently rubbing their belly, your cat won’t see it this way. You have got to respect your cat’s limits.

If they don’t like a belly rub, show them love and affection in other ways.

Some ways that you can show your cat your love them is by:

Here are some tips which you might find useful to prevent and discourage bunny kicking. It is best to put these into practice when your cats are kittens to avoid issues with adult cats. Kittens will respond better, whereas the behavior of adult cats is harder to shift. Still, it is worthwhile trying these tips with adult cats too – it might just require a little more patience:

Remember, we are not aiming to stop bunny kicking altogether. This is an instinctual desire that has been passed down through years of evolution. Instead, we are aiming to ensure our cats direct this behavior towards toys in a safe way, rather than posing a risk to people and other animals.

The only thing cute about a cat bunny kick is its name! A cat stomping its back legs in this way is used when hunting and as a form of self-defense. In other words, it’s an aggressive move and can be extremely painful.

That’s why you should never let your cat thump its back legs on you or other people and animals in your household. Instead, redirect this instinctive behavior towards toys. We have to remember that cats are animals and we need to allow their natural behaviors to persist, but this needs to be done in a safe and non-aggressive way.